We are area specialists with unrivalled knowledge.

With a wealth of knowledge and experience in all areas of property – from property sales and purchase to property development, you can rest assured that no matter what you’re planning, choosing to work with us is the right decision.

Our experience not only makes us the most efficient estate agents around, it also means that we have access and connections to a wide network of associate professionals we are able to join forces with to help you achieve the absolute best resolution to your property needs.

Wetherby is a popular historic market town in the county of West Yorkshire, England. It is officially part of the city of Leeds and well within the LCR (common shortening for Leeds City Region). It stands on the River Wharfe, and has been for centuries a crossing place and staging post on the Great North Road between London, the Midlands, Sheffield, Leeds, the NE of England and Edinburgh. It is listed in the Domesday Book and was granted a Royal Charter in 1240 to hold markets and is also famous for its racecourse. The thriving and highly sought after village of Boston Spa lies to the south-east which now boasts numerous local amenities; other villages nearby include Sicklinghall, Kirkby Overblow and Linton.

Harrogate is a spa town in North Yorkshire, England. Historically in the West Riding of Yorkshire, the town is a tourist destination and its visitor attractions include its spa waters and RHS Harlow Carr gardens. Nearby is the Yorkshire Dales national park and the Nidderdale AONB. Harrogate grew out of two smaller settlements, High Harrogate and Low Harrogate, in the 17th century. Since 2013, polls have consistently voted the town as “the happiest place to live” in Britain.

York is a historic walled city at the confluence of the rivers Ouse and Foss in North Yorkshire, England. The municipality is the traditional county town of Yorkshire to which it gives its name. The city has a rich heritage and has provided the backdrop to major political events in England throughout much of its two millennia of existence. The city offers a wealth of historic attractions, of which York Minster is the most prominent, and a variety of cultural and sporting activities making it a popular tourist destination for millions.

Ripon is a cathedral city in the Borough of Harrogate, North Yorkshire, England. Historically part of the West Riding of Yorkshire, it is located at the confluence of two tributaries of the River Ure, the Laver and Skell. The city is noted for its main feature, Ripon Cathedral which is architecturally significant, as well as the Ripon Racecourse and other features such as its market. The city itself is just over 1,300 years old.

Leeds has the most diverse economy of the all the UK’s main employment centres and has seen the fastest rate of private sector jobs growth of any UK city.. The city has the third largest jobs total by local authority area with 480,000 in employment and self-employment at the beginning of 2015. Leeds is also ranked as a gamma world city by the Globalisation and World Cities Research Network and is considered the cultural, financial and commercial heart of the West Yorkshire Urban Area. Leeds is served by four universities, and has the fourth largest student population in the country and has the country’s fourth largest urban economy. After London, Leeds is the largest legal and financial centre in the UK and in 2011 its financial and insurance services industry was worth £2.1 billion with over 30 national and international banks located in the city. Leeds is also the UK’s third largest manufacturing centre with around 1,800 firms and 39,000 employees, Leeds manufacturing firms account for 8.8% of total employment in the city. Outside of London, Leeds has the third busiest railway station and 9th busiest airport in terms of passenger numbers in England.

Why use James Black Homes 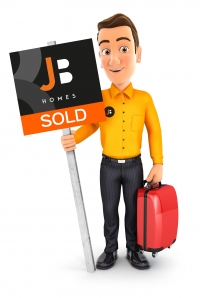 Whether you’re a first time buyer or looking for your perfect home, we’ll help you find what you’re looking for.

Find out how much your property is worth.

Find out how much
your property is worth
with our FREE valuation service.
Value my property

Our levels of service, prices and what’s included.

Simplicity is key. We offer 3 levels of service and you decide upfront which is best for you.

Find out how we work